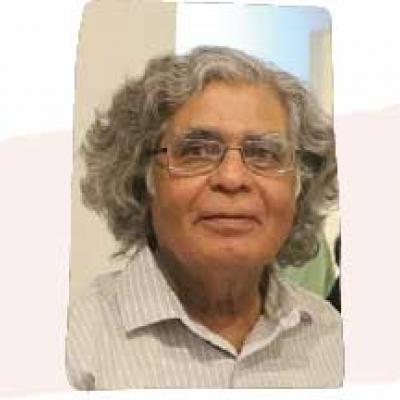 A senior Pakistani journalist, writer, literary figure, and the scholar of political science.

Ghazi Salahuddin is a senior Pakistani journalist, writer, literary figure, and the scholar of political science. He writes a weekly column for The News (English) and Jang (Urdu). Before he became the launch editor of The News in Karachi in February 1991, he served Dawn in a number of important positions, including as News Editor. During the martial law of General Ziaul Haq, his column ‘Karachi Diary’, was a leading voice of dissent. He has also been associated with the electronic media and for some time was on the panel of PTV’s Kasauti quiz show. In recent years, he hosted a programme on books on Geo TV. In his youth, he wrote Urdu fiction that was well-received. Mr Salahuddin is also a social activist and human rights defender. He is a recipient of the President’s Pride of Performance Award in journalism and was presented with the Bibliophile of the Year Award 2011 by the National Book Foundation.