This study examines those new textbooks that are prescribed for Pakistani schools for the academic year 2013-14 and that follow the new National Curriculum 2006.

Many of the new textbooks are markedly better than the previous ones. This is especially true of English language books for primary grades, books on history and geography in the middle grades, and Urdu textbooks for secondary grades.

However, the new textbooks have several serious problems.

The foremost problem with the textbooks is that they clearly violate the Constitution of the country by forcibly teaching Islamic studies to non-Muslim students.

Textbooks of compulsory subjects that are to be learned by students of all faiths include Islamic teachings in two different ways: One, by integrating Islamic studies into the “General Knowledge” course for grades I and II, and, two, by including Islamic religious lessons in Urdu course books for grade I to grade VIII. Instances are extensively quoted in this report.

The textbooks have these problems because the National Curriculum 2006 specifically asks them to do so. Its specific instructions are listed in this report. Yet, in many instances, textbooks on their own include religious lessons, as shown by several examples of English language textbooks for grades III to grade VIII.

The second major problem is with the textbooks of Pakistan Studies of grades IX and X. They give a raison d’etre of Pakistan based on the religious identity, little realizing that defining a nation on the basis of one religious identity can cause alienation among Pakistanis of other faiths, thus negating the nation building process. It also entails hate-filled narration, distortion of history, lies, etc.

The textbooks have this problem again because the national Curriculum 2006 requires narration of history of the foundation of Pakistan in a way that forces textbook writers to end up with negative contents.

The above two problems with the curriculum and textbooks are a continuation of the past practices that were widely criticized, and were held responsible for the growth of narrow-mindedness and extremism among the youth in the society.

In addition, in several places, textbooks on their own choose a narrow and often distorted view of historical events, teaching lies to students. Significantly, even the words of the Quaid-i-Azam have been distorted.

Finally, the report identifies many other problems with the new textbooks including misinterpretation or misrepresentation of curricular guidelines, uncalled-for additions, poor use of English language, etc. 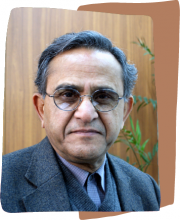