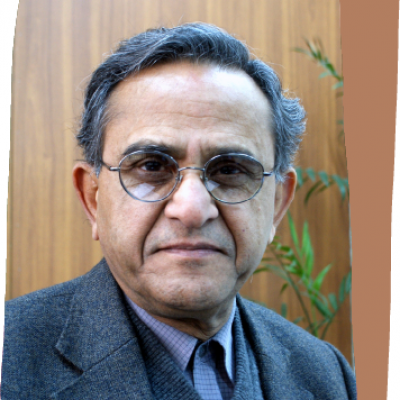 Physicist who served Quaid-i-Azam University Islamabad for 32 years before retiring in 2005.

Dr. Abdul Hameed Nayyar is a physicist who served Quaid-i-Azam University Islamabad for 32 years before retiring in 2005. During this period, he spent sabbatical years at the University of Manitoba, Canada, and ICTP, Trieste, Italy. He was a visiting professor of physics at the Lahore University of Management Sciences from 2011to 2013.

His post-retirement interests have been on policy issues in education, energy and nuclear materials.

For a year, he was the country director of Developments in Literacy, an organization of overseas Pakistanis which provides philanthropic support to school education projects in Pakistan.

He was Director of the Ali Institute of Education, Lahore, for a year during which he supervised teacher training projects spread over several districts in Punjab.

He spent a few years working at the Sustainable Development Policy Institute, where he headed research on issue in education, sustainable energy options and nuclear energy and weapons policies. At SDPI, one of his major policy works in education has been a critical evaluation of Pakistan’s school curricula and textbooks, published in 2003 under the title “The Subtle Subversion: The State of Curricula and Textbooks in Pakistan”. This was followed later by another report under the title “A Missed Opportunity” for the Jinnah Institute in 2013.

Since 1998, Dr. Nayyar has been regularly spending summer months at the Program on Science and Global Security of Princeton University, USA, where he participates in public interest research with resident scientists on nuclear energy and weapons programs of South Asia, resulting in open publications. He is a member of the International Panel on Fissile Materials, which keeps track of the global use and production of fissile materials.

He received the 2010 Joseph A. Burton Forum Award from the American Physical Society.