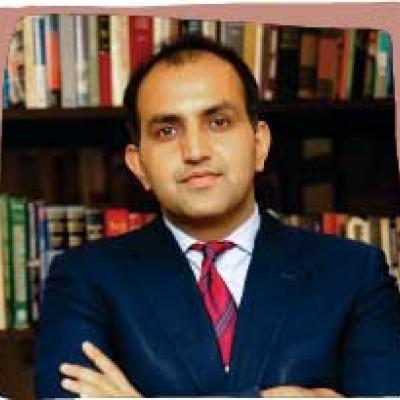 Dr. Chaudhry Faisal Mushtaq - Tamgha-i-Imtiaz, is a Former Education Minister and a Former Minister for Human Rights, Population & Social Welfare, Minorities and Baitulmal in the Interim Government of Punjab, and is recognized as the 500 most influential Muslims of the world for three consecutive years by the Royal Islamic Strategic Studies Center, Jordan, he is a leading national academician, education reformer and a social entrepreneur. Dr. Chaudhry Faisal Mushtaq, has also been conferred an Honroray Degree of Doctor of Education by the world’s leading University of Hertfordshire United Kingdom in recognition of his outstanding and exemplary services to education in Pakistan in September 2021.

He is the Founder & Chairman of Roots Millennium Education, Pakistan and is also the founder and CEO of a non-profit, community development organization 'Change in Education Foundation' working in support of 'government and public sector education' across education districts in Pakistan, thus scaling Pakistan’s commitment to 'Sustainable Development Goals' SDGs 2030', today he has successfully reformed more than 200 government schools across various districts, provinces and rural communities in Pakistan. Faisal Mushtaq is the pioneer and idea sponsor for introducing Chinese language teaching across Pakistan, an initiative he took much before CPEC; back in 2009, where today he serves as the ‘Chair of Hanban Confucius Classroom Pakistan’. President of China H.E. Xi Jinping on his last visit to Pakistan met him and recognized his services.

He has been conferred with the prestigious National Civil Award of 'Tamgha-i-Imtiaz, TI' by the President of Islamic Republic of Pakistan on 23rd March 2013 in recognition of his outstanding services in the field of education, youth, public sector contribution and promotion of Chinese Language and ICT in education across Pakistan as the national academic icon, educational change sponsor and globally recognized School and Education Management Practitioner.

Faisal Mushtaq also serves as the Board of Governors on the Board of World Wide Fund for Nature WWF Pakistan Chapter, Board Member of Fauji Foundation Pakistan, Board Member of Young President Organization YPO and the historic Cadet College Hasan Abdal; which is his alma mater; he has excelled at providing quality education for millions of people, an initiative that has occupied twenty years of his life. He is a member of many of the government’s committees on education and ICT at national level and is appointed as the National Book Ambassador for the last three successive years by the National Book Foundation, Pakistan.