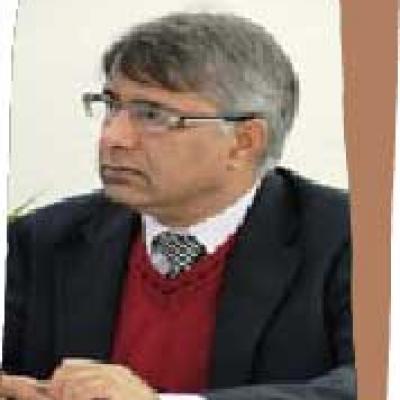 Peter Jacob is a human rights professional, researcher, freelances journalist and trainer. He has been associated with several national and international human rights organizations since 1988 in different capacities including Amnesty International Pakistan, Hotline Asia, Forum Asia and Human Rights Commission of Pakistan, and National Commission for Justice and Peace as its Executive Director (1995-2013).

Jacob advises the Implementation Commission under Dr. Shoaib Suddle, constituted by Supreme Court of Pakistan to assess the implementation of Jillani judgment of 19 June 2014 on the protection of minorities. He is also a Member of the National Curriculum Council, established by the Ministry of Federal Education and Professional Training.

Jacob has special interest and focus in rights of minorities, women and labour. Jacob has published research and articles extensively in newspapers, magazines and other publication in Pakistan and abroad on minorities’ issues, in daily Express Tribune  , The News International , he published articles with Global OpenDemocracy and University of Notre Dame Indiana.

He researched and co-authored “Working Conditions of Agricultural Labour in Punjab” (2001) and “Life on the Margins” (2012), a study on situation of minority women in Punjab and Sindh Provinces. I published several fact-finding reports and books in Urdu including, Insani Haqooq Ka Irteqa “Evolution of human rights” and Insani Haqooq Ka Bainulaqwami Nizam “International UN human rights protection mechanism”. Research studies on; Sowing Peace in the Mind-Fields, an assessment of the approaches and tools for peacebuilding being used in Pakistan; Building Peace from the Bottom, an assessment of functions, capacities and needs of District Peace Committees in Punjab and Sindh, Combating Hate Speech beyond Administrative Measures, analysis of laws and policy dealing with hate speech, When Compliance Fails Justice, an assessment of status of compliance of Supreme Court orders, regarding protection of religious minorities.

Jacob studied Political Science, Rural Development and Law in Pakistan. He earned an LLM degree in International Human Rights Law (2014) from University of Notre Dame (USA).  Jacob has given lectures and presentations in Universities in and out of Pakistan. He was given a best correspondent Award of UCANEWS in 1998. He also received Asia’s Human Rights Award from Tulip Foundation of South Korea 2001.

He is currently working as the Executive Director of Centre for Social Justice (www.cskpak.org), a Pakistan based research and advocacy organization. He is also Chairperson of Peoples’ Commission for Minorities Rights and Member of South Asian Forum for Freedom of Religion or Belief, Working Group.  He can be reached through email: csjpak@gmail.com  and jacobpete@gmail.com, skype: peter.jacob26 or phone +923004029046 or +92 423 6661322.