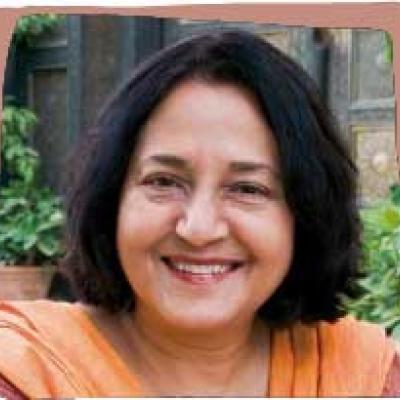 Ms. Ameena Saiyid is the current Managing Director of Lightstone Publishers, a local publishing firm which produces low-cost, affordable books produced in Pakistan based on the local context, values, history and culture. She was also the Managing Director of Oxford University Press, Pakistan, and the representative for Oxford University Press Pakistan, India, China, and Malaysia in the Middle East; the first woman in Pakistan to become head of a multinational company.

Moreover, Ameena is the Co-Founder and Director of the Karachi and Islamabad Literature Festivals. In 2009, she was elected Vice President of the Overseas Investors Chamber of Commerce and Industry (OICCI) and, in 2010, she became the President. In 2005, Ameena was honored by the British Queen with the award of the Most Excellent Order of the British Empire (OBE) for services for the promotion of Anglo-Pakistan relations, democracy, education, intellectual property rights, and women’s rights. In 2013, she was awarded the French Knighthood, Chevalier des Arts et Lettres, (Knight of the Order of Arts and Literature) by the Government of France.